If you struggle with feeling powerless, anger issues, or fear this program will show you how to exit this fear-based relationship with demons and get Free!

This program includes:
4 – live 2hr video programs with Jaden
45+ page ebook with the process in detail
opportunities to ask Your questions LIVE and have things cleared

Most people have been interacting with demonics their whole life without even realizing it!

You can tell you have demons if your:
• feeling powerless often
• afraid of being strong or powerful
• quick to anger (feels strong, hard to control)
• anger easily slips into rage
• low grade but persistent: edginess, agitation
• feel something powerful inside wrestling with you at key times
• something forceful pushes back when you reclaim your power
• a persistent heaviness inside
• flashes of fear & paranoia kick in at key times to stop you
• some energy overtly demanding more power from you

This program will clear & change all these!

Getting beyond feeling Powerless…

Powerless is a condition where you have unknowingly allowed demons into your Body (often when young) and they are consuming or living off of your power.
It feels like something else is controlling your power and you don’t have access to that.
Then when you try to get it back, demonics scare you into backing down again.
In this program, I’ll show you how this is created and you’ll experience how simple it can be to actually change powerless – and reclaim your power back!
Most people have a very personal relationship with Demons and don’t recognize the role these energies play in their lives.
This program will empower you to: kick demons out and regain your inner power & courage!
Learn how to consistently clear demons (without force)… 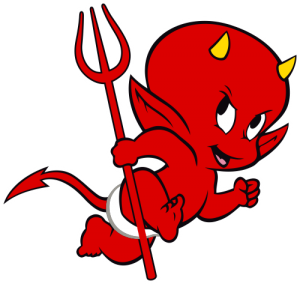 Demons do their best to seem scary and powerful, and seem like they “own” your power… but actually they don’t. You have been tricked into loaning it to them, and you can easily take it back (with no struggle or force!)
Demons are masterful at using the energy of fear and your own power, to manipulate you to meet their needs. They are convincing actors, but it’s not real.
Where most people go wrong with clearing demons is by trying to “overpower them”… but demons are masterful with using power against you. If you try to struggle with them, they often win.
Instead, we PLAY with them and use our awareness to do things they don’t expect. We trick them into leaving.
Demon’s are actually fairly easy (and fun) to clear!
Removing Demonic Anger Seeds… 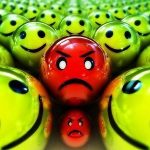 Demon’s implant seeds of anger like little charged
traps and wait for you to get into frustration which triggers these invitations into anger.
When you take the bait and allow this ‘Anger Seeds’ to activate, you invite demons to co-create with you.
Many people feel this gives them more power to deal with difficult situations… and it may, temporarily… but it also invites additional demons to come into your world and partner with you and your body.
In the end, you lose more power and control than you may have gained.
Causing you to rely even more frequently on demons in the form of anger with others.
Anger is a fascinating trap that snags people into engaging even more anger.
I’ll reveal how it works and show you how to exit these strategies of demonic anger usage.

This will be a LIVE and interactive program with Jaden!

4 live calls where you will learn how to:

Take back YOUR BODY and YOUR POWER!

Release your fear of demons!

There are no reviews yet.