Getting Free from Drug Addiction 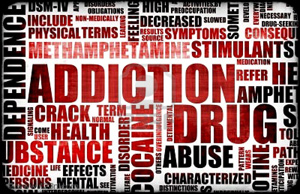 What’s the Value or benefit of drug use for you?

When anything is “stuck” in your reality, one of the first things to check is “What is the value or benefit of this to you?”  While society has conditioned us to believe that there is nothing beneficial about drug use, each person has found some benefit in it or they wouldn’t still be doing it. Once you are able to see and clear what the true driving force is behind the drug use, making a change is no longer difficult. Letting go of your need or desire for drugs becomes quite simple.

I used to be driven by these unnamed desires that caused me to seek out drugs. In my mind they all felt quite valid, solid and real. I trusted them, because I knew of no other way to handle things. Yet they were all too confusing to understand and figure out. Looking back on that time, I realize that one of the motivating factors that led me to use drugs was a desire to expand my life. The “normal” life I had taken on was just too small and constricting. I knew there was more possible, and drug use let me expand my world and experience these greater possibilities. It gave me an escape from the locked down 9-5 world that was peddled as the only valid way to live. –Jaden

Many people use drugs as a way of expanding out of a reality that makes them feel stuck or trapped. They had tried to follow the social norms and found it too constricting and stifling. Using drugs allowed them to live a life outside of what society values and in that found a far more expansive way of being.

This reality trains you to get small and fit into a little box. You go from an expansive state of play and fun in childhood to having to cram yourself into this package of limitation so that you can be just like everyone else.  Society encourages you to put your true self aside and just show up to work without asking too many questions. For many people living like this is just not living.

I had grown up fairly successful in this world, but definitely NOT happy with my life. I was an upstanding member of my community, I followed all the rules, did everything “right” and still could not find anything more than fleeting moments of happiness and satisfaction in my life. I felt like I was suffocating. I knew following the rules was not working for me. So, I decided to explore doing the opposite of what everyone said was the right way to live. That ultimately led me to drugs, which actually gave me way more freedom, expansion and joy… but it also exacted a high toll. I also experienced more hell then I’d ever known before. It was a hard trade off.

While the use of drugs does show you a bigger world with greater possibilities, it’s not sustainable. The states of being you experience while on drugs seem difficult to obtain without the drug, so you keep going back to the drug to access that state, which feels more natural and true than normal life on this planet. The repeated use causes a lot of challenge and abuse for the physical body. The body cannot sustain the use of these substances for very long before experiencing negative side effects.

What else is possible?

Over time I became aware that I was using drugs to expand my reality. To free myself from the chains I had taken on and to gain more awareness about what else was possible outside of the normal life I had lived. I was using drugs of some kind almost every day, really pushing things. It helped me to feel more and explore other states of being… but after my sixth overdose, I really began questioning the tradeoffs. “Was it worth it? Was I actually getting anywhere useful? Was it worth continuing?” I was starting to feel as through I was chained to these drugs and sliding down hill. Had I traded one form of limitation for another? This is when I found Access.

So many things in our society promote constriction and shutting down.  People who explore with drugs are commonly looking for the opposite; they are seeking expansion into something more.

Access Consciousness® is a set of potent tools and processes that allows people to live an ever expanding and dynamic life. Access assists people in expanding their consciousness and creating a sustainable life that really works for them, while also plugging into this reality in an acceptable way.

A friend had given me some Access mp3’s, which I had loaded onto my computer, but never listened to. I was actually in the middle of an acid trip when one of these programs started randomly playing. I was transfixed! My body shook with the potency of the clearings Rikka was speaking. It was really changing HUGE things in my reality, in real time!  I saw this vision of Access as a hand coming down out of the clouds and lifting me up, taking me to a completely different level of beingness.  That recording and vision changed my life!

The Access tools are like the owner’s manual for life that you never got when you were born. They teach you how to live an ever expanding life and to actually have control over your life again.

When I first started learning Access, I listened to a bunch of programs a friend had given me and found others online. Right away my drug use lowered dramatically. It was then that I first noticed that I had been using drugs on some level to keep expanding my reality. These recordings and tools were doing that without the physical drawbacks of taking drugs. So, I didn’t actually desire the drugs like I did before. It was actually kinda weird!

The tools give you the ability to replace the value that the drugs had for you with something else that works better. Most drug abuse programs advocate that using drugs is wrong and bad, and work to support you in not using them. Access simply gives you tools to find your clarity and actually make potent CHANGE in your life. While Access recommends abstinance from drugs, it also tells you not to just follow what it says, but rather to find out what is true for YOU.

I intuitively knew that my use of drugs had been a profound and important part of my life and I was not about to adopt the Access point-of-view and vilify my drug use. It had served me well, and I fully expected myself to continue to use drugs on occasion. To my surprise, after taking the first workshops [Foundation, Level 1] I just didn’t desire to use them much anymore. I had used marijuana every day for the last 6 years and now it just didn’t feel good to use it anymore! It really blew my mind!

While drugs can expand your consciousness and make you feel better (at least while you are on them), they don’t actually help you to make systematic changes. Drugs show you that there is something else possible, but translating those possibilities into a drug-free life is challenging. The expanded states that drugs do provide had not been easily attainable by other means before Access became available.

Access teaches you a new way of being in the world, one where you can live your life as you desire it while constantly expanding into more of your truth and more of what you want for your life. Access is not about trading off one limitation or belief system for another, it’s about stepping totally outside of belief systems and limitation and living a life as you imagine it.

It’s really strange. I have no rules, fears or systems preventing me from taking drugs, I just don’t have a reason or desire to take them anymore.  When I started Access I totally gave myself permission to use drugs as I desired because I did not like living life through resistance. I would even tell myself from time to time that I should maybe do a trip just to check back in and see what had changed… but I just didn’t feel like it anymore. If someone would have told me this was possible, I would have laughed at them. This Access Consciousness stuff is the BEST “drug” I’ve ever taken!

A trained Access Consciousness facilitator can assist people with drug addictions in finding out what has caused them to get stuck there and help people to open to other possibilities where drugs just aren’t desired.

The most effective way to facilitate change is to empower the individual to have the tools to create their own change. For this reason, it’s strongly recommended that a person seeking to step outside of a drug addiction consider taking the Access Consciousness core classes. This includes “Access Bars,” followed by the Foundation and Level 1 workshops. These programs teach people the tools to begin the process of untangling the complexities that are involved in drug addiction.

I don’t regret my drug explorations, but I am SO grateful that Access Consciousness could give me tools to just step out of it and into a life of more joy and freedom then I’d ever had before. Taking the Access workshops has changed my life in even more profound ways than the drugs did! I don’t actually long for drugs because what I have now as my life is so much bigger and better than what I was able to create while using drugs. How cool is that!   -Jaden Fox

RECLAIM YOUR LIFE – Free Teleseminar Register to learn some very simple mental tools to get started empowering yourself to explore other possibliities. RECLAIM YOUR LIFE NOW! I can show you how. You can do it.

Get blogs & many free programs
delivered to your inbox!